Practicing conflict resolution starts in the Nursery and forms the foundation for nonviolence later.

||| “It is no longer a choice between violence and nonviolence in this world; it’s nonviolence or nonexistence. That is where we are today.”

Throughout the 1st Grade year, Ms. Hurdle is working actively with the theme of nonviolence with her 6 and 7 year old students. When conflicts arise in the class, the class engages in a conscious process that includes “getting to the bottom” of the issue, speaking directly to the others in the conflict, hearing from them, making requests, and arriving at resolutions that meet the needs of both parties. Ms. Hurdle has been very impressed by how much the children have already learned in Nursery and Kindergarten, and she is continuing to develop these skills. 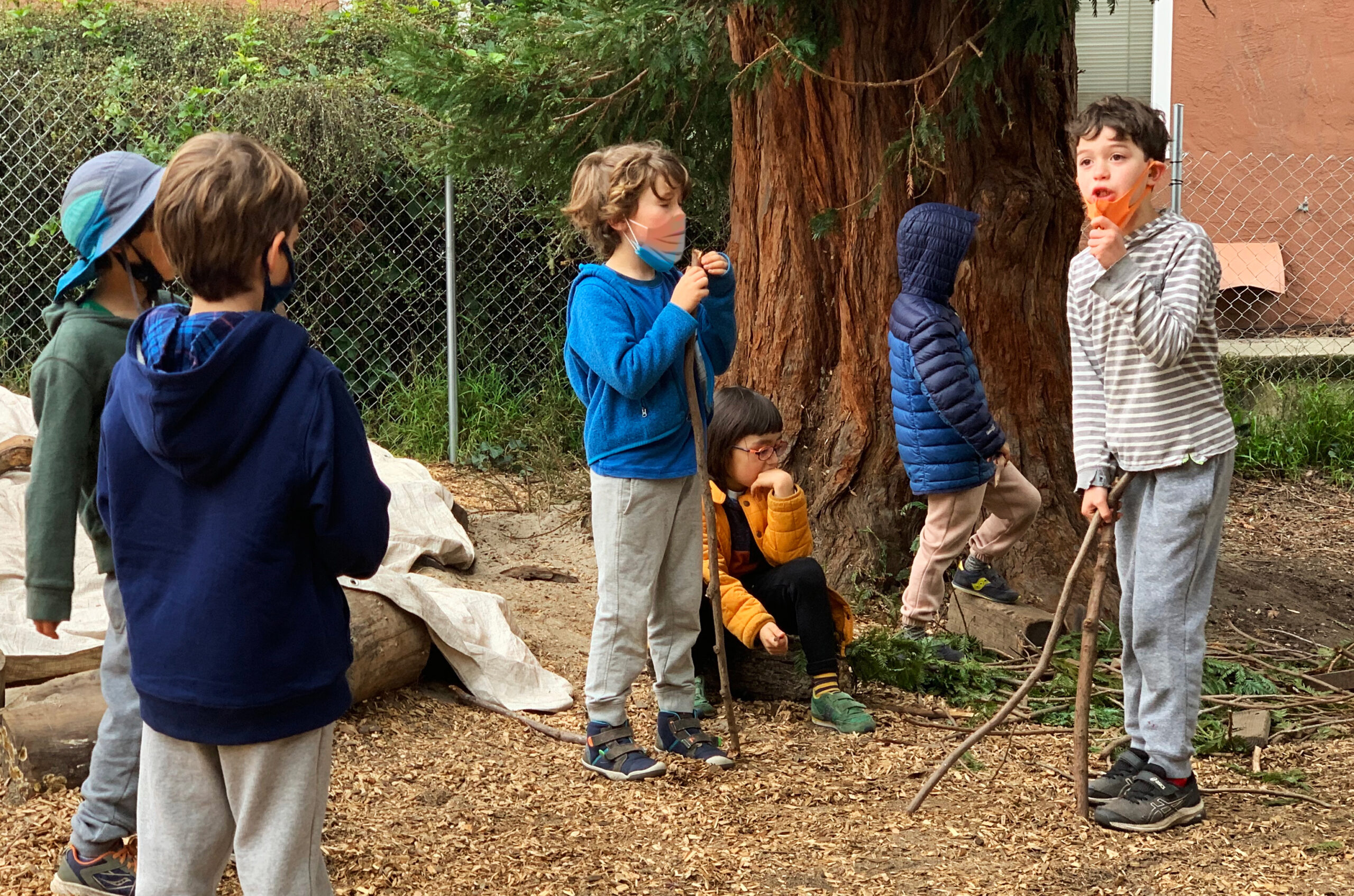 Ample time for free play gives children the opportunity to practice conflict resolution and nonviolence with each other.

In honor of Martin Luther King Jr. Day, and in order to deepen the practice of nonviolence, Ms. Hurdle told a pedagogical story about a Quiltmaker and a King. The Quiltmaker was threatened by the King who sought to imprison her and force her to give him one of her magical quilts. She met his coercion with a transformative gesture that ultimately transformed the King himself, showing the children how force, when met with the strength of nonviolent clarity, can be thoroughly disarmed and turned into something else.

In the 7th Grade, Mr. Chiki had his students read the famous “I Have a Dream” speech by Dr. King. The class then explored the themes of emotional power and eloquence. They discussed the way that Dr. King’s words moved people’s hearts through his own deep authenticity and linguistic skills. Mr. Chiki finds that these adolescents, whose emotions are hitting them with new force, are especially open to the emotional power that King’s words carry.