|||    As part of our Medieval History block, the sixth grade heard the story of the life of Mohammed and the birth of Islam. We learned about the influence of Islam on West Africa, as illustrated in the story of the wealthy Muslim ruler Mansa Musa, whose hajj from Mali to Mecca put so much gold into circulation in Egypt that its value was depreciated for the next twelve years.

Our learning about West Africa extended to our class play, “Sundiata: The Lion of Mali,” written by the students in collaboration with their teacher. The play tells the story of Sundiata, a boy who overcame a developmental delay (he was ridiculed because he didn’t learn to walk until the age of seven) and scheming sorcerors to eventually become a great king of Mali.

The sixth graders also had an experience of Islamic culture from another part of the world: the Aceh region of Indonesia, known as the Fourth Porch of Mecca. In Aceh, there is a rich Muslim tradition of devotional dance and singing. The students learned a dance from Aceh known as Ratoh Duek, in which the dancers are seated in a row, shoulder to shoulder, and perform a sequence of ever more complex body percussion movements while singing. Many of you witnessed the dance when the students performed it at the May Faire. If you’re interested in learning more about this dance form, I recommend this article: Exploring Dance From Aceh, Indonesia

Finally, our study of Islam was enriched by a visit from Hamid Daoudi (father to one of our sixth graders and a kindergartener), who told us about the five pillars of Islam, taught the children to write their names in Arabic, and took us on a tour of the Berkeley Masjid. The culmination of these learning experiences was a delicious meal of mujadara, hummus, falafel, and tabbouleh provided by the Daoudi family. The sixth graders’ silence as they ate was high praise for the tasty food. Thank you, Daoudi family, for sharing your traditions with us and bringing these subjects to life for the children. 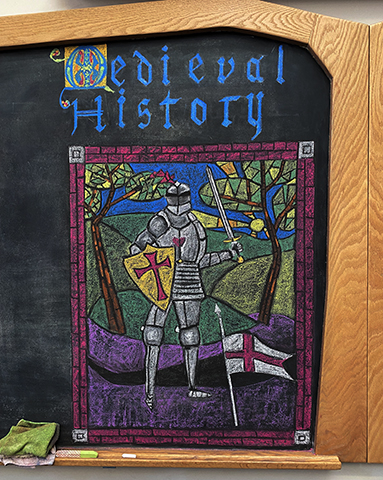 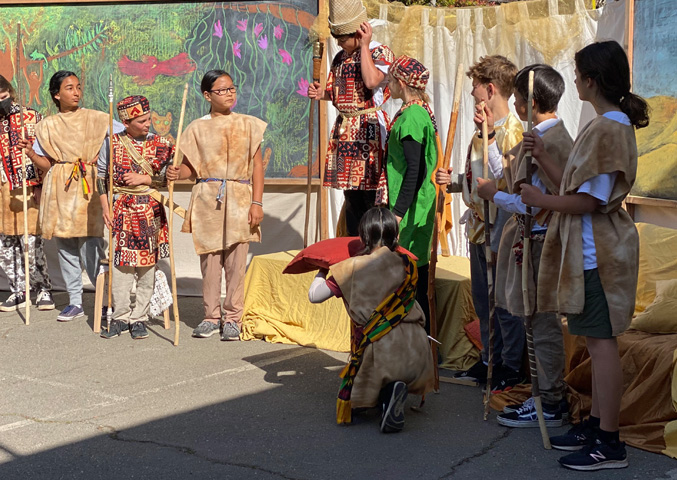 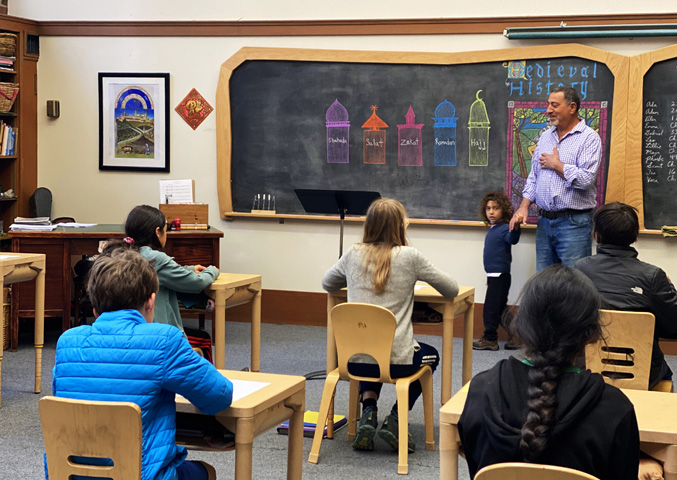